As personal achievement goals go, 2017 is going to be a pretty tough year to beat. This time last year Julie and I had just found out that we’d been successful in securing a place in the Transcontinental Race and were both surprised and slightly in shock. If I’m honest, that state of mind stayed with both of us right up until the moment we were lining up to climb the Muur on the evening of July 28.

As much as we’d both love to have another crack at the TCR (as we are both convinced we could do it faster now that we know what we’re dealing with), this year it’s just not going to be possible for us, mainly because of constraints in time and money.

I work for a cycling social enterprise based in Sheffield. Summer is our busiest time at work and I can’t justify taking off another month in July / August. There are only 12 of us in the team, and they’re all keen cyclists too, so it wouldn’t be fair for me to leave them to pick up my slack two summers in a row. I also spent a big chunk of my savings on the TCR last year, not just on the race itself but on new equipment, a new groupset for Teacake, jabs, insurance and preparation, it all adds up.

That said, I’m still planning to have plenty of adventures on the bike in 2018, they’ll just be a bit shorter and a bit cheaper but hopefully just as exciting and challenging.

As ongoing goals go, I still have to complete my current attempt at Randonneur Round the Year – an audax challenge to complete a 200km audax every month for 12 consecutive months. I initially started 2017’s attempt in February but I forgot to validate a leg of the TCR during August so I had to start all over again in September and therefore have another eight to go. RRtY is a great way to stay motivated to keep riding throughout the winter months, although I’ve not planned when I’m riding January’s yet so I need to pull my finger out really. 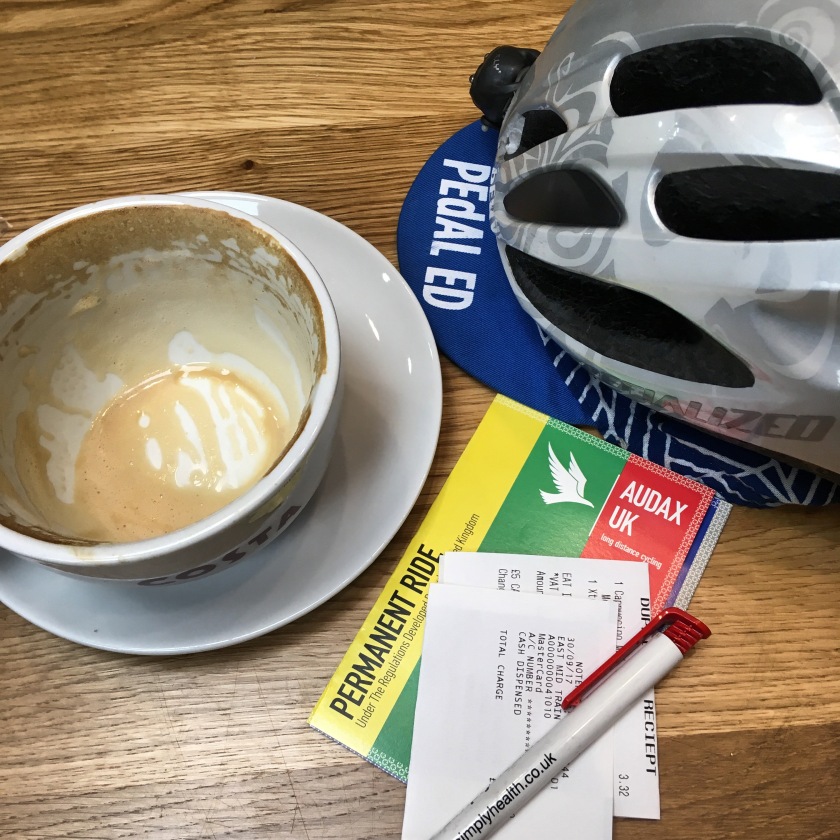 I also missed out on my Super Randonneur in 2017  – another audax challenge where you complete a 200, 300, 400 and 600 km event in the same year – because my right-hand gear shifter packed in 400 km into my 600 and I didn’t have enough time in the year to fit another one in, so I’ll be having another crack at that this year. I’m still working my way through the audax calendar to decide which events I’m going to do.

Another goal for 2018 is to have a go at mastering the gravel.  I spend pretty much all of my cycling time firmly rooted to the tarmac and, as my work colleagues will tell you, I am not much of a mountain biker. I lack the nerve and the skills – I can barely get myself across Houndkirk in one piece.

I’m hoping that the gravel will be somewhere in between the two extremes – just far enough out of my comfort zone to make it an interesting learning curve but not so far out of my reach that I end up throwing the towel in. Those of you that followed us on social media while riding the TCR will know that we encountered quite a lot of the stuff on our journey and although I was pretty rubbish on it, once I’d got the hang of it I did start to enjoy it, but there’s definitely room for improvement. I like having a go at new stuff and if there isn’t any difficulty involved then it wouldn’t be a challenge, right?

So, aside from my audax goals, rather than one big, long adventure, I’ve got a few mini ones planned instead.

Normandicat is a four-day race that circumnavigates the region of Normandy, France and Julie and I are competing as a pair again.

I really enjoyed the free-route aspect of the TCR, even though we made loads of mistakes, as it feels much more like your own adventure when you get to decide your own route so I spent quite a long time looking for something similar on a smaller scale that wasn’t taking place mid-summer.

The Normandicat fulfils most of that criteria – it’s an unsupported, free-route race of around 900km with nine control points. It starts in Bayeaux (of tapestry fame) at 10pm on Wednesday, 9th May and finishes on Saturday, 12th at 7pm. You can also choose to complete sections of the route off-road if you want to and I’m thinking that we should get some wider tyres on our road bikes and hit the unsurfaced roads.

I’m looking forward to riding in a pair with Julie again as we work well together as a team. We’ve not ridden together since Julie broke her arm at the end of September and she’s still not back on the bike yet. But she has been keeping her fitness up on the Wattbike and we still have a few months to get some big miles in so I’m not panicking yet.

I do like to throw myself in at the deep end and what better way to commit to mastering the gravel than to a enter a 200km event that’s full of the stuff in just four months time? It could, of course, be the daftest idea I’ve ever had. There’s a time cut-off point at 10 hours for the 130km mark so my aim is to just try to make the cut-off. There’s also 3500m of climbing and while I’m not so bad at going uphill, I am pretty ropy at going downhill, so I need to get practising …I think I’m going to need another bike!

Everyone I know who’s ridden the Etape has loved it and as it starts in Annecy this year – one of my favourite places in France – I decided to enter. I’m not massively into huge sportives but I do fancy the opportunity to ride a couple of classic French climbs on traffic-free roads. I’ll be going with my friend Andy and this trip is much more of a holiday rather than a challenge, although the event itself will be tough day.

I’m sure that most people taking part will be doing it on super-light carbon road bikes but jumping on a plane with my best bike in a box just to ride the route and then flying back home again doesn’t really appeal to me. Instead I’m planning on getting a bit of touring done too so I’m hoping to take a fully-loaded Teacake to somewhere in France on the train and then riding over to Annecy. Ideally, if I had loads of time we would ride there and back but I have less than two weeks and Andy’s idea of a long day in the saddle isn’t quite the same as mine any more.

As I don’t want to be away from work too much during the summer months, Torino-Nice in September fits in well with my plans for 2018. This will be the third year that the rally has taken place. It’s a mixed-terrain 700km route that takes in some high cols in Italy and France, including the Col d’Izoard and the unsurfaced Colle Finestre – but by September I’m bound to be a gravel expert, right? It’s not a race and you can take your time if you want to – there’s no official finish cut-off time. I’ll be hoping to do it in around a week, but don’t hold me to that.

I also want to get some mini-bikepacking / bivvying weekends in around the UK this year. Last year really rekindled my love of sleeping outdoors. I love the simplicity of getting everything you need on the bike, not worrying too much about accommodation and just riding until you feel like it’s time to stop. During the Summer months there’s something magical about getting up as the sun is rising and hitting the roads and trails while everyone else is still sleeping – for a brief moment it feels like the world is all yours. 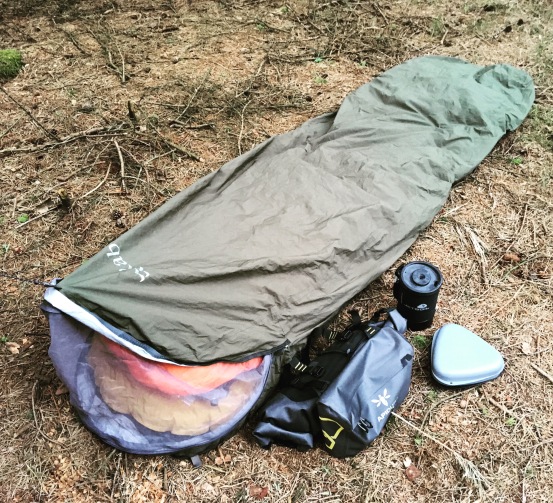 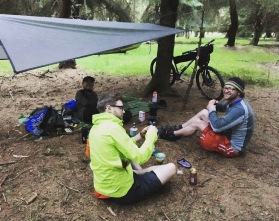 The last goal I’ve been wrestling with is my annual distance target. I managed to pedal over 18,000km in 2017 but 4000 of those were in the 20 days during the TCR so I’m not sure that I’ll be up for reaching those dizzy heights again this year. As a starting point I’ve pledged to ride 15,000km with 10000km.cc – I’ll aim for that and anything over and above is a bonus.

So that’s the plan so far, and it’s also probably most of my annual leave accounted for too. None of my goals are ridiculously unachievable (well, we’ll see how the gravel one pans out) so let’s see how I get on. Progress reports will be posted up as and when…